Churches and Religious Buildings Featured
Messina
Ratings, Comments and User Experiences
Rate it (1 to 5)
0.000
Location
Via San Crispino and Crispiniano 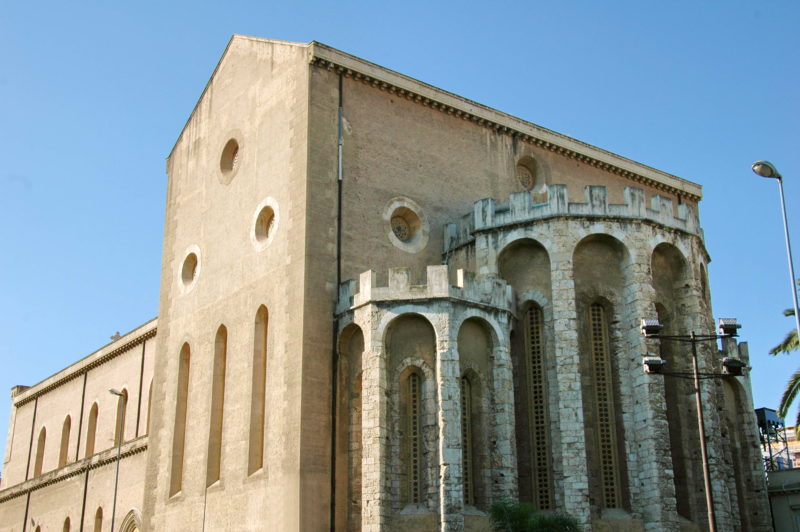 LOCATION Viale Boccetta DATING: XIII CENT. DESCRIPTION: First temple of the Franciscan order in Sicily, built in the Angevin period in 1254, in honor of San Francesco just 28 years after his death at the behest of some nobles from Messina and the friars themselves. The first stone was blessed by Pope Alexander IV, Saint Anthony of Padua stayed there on his passage from Messina. The church was restored for the first time at the beginning of the 700th century and about a century later, following the damage caused by the earthquake of 1783. In 1884 it was very damaged by a violent fire. After the disastrous earthquake of 1908, which left only the apses standing, it was rebuilt with the intention of reviving the original style, by the architect F. Valenti. Today, of the original structure you can admire the two portals, the rose window of the main façade and the apsidal part Originally built outside the ancient walls in the center of a large esplanade and incorporated within the new urban perimeter, during the sixteenth century, the church stands out for its height, while maintaining the simplicity of the typical structure of Franciscan buildings. With a single nave, with a wooden roof, marked in its development by a series of pointed niches, it has three apses covered with veils with exposed ribs on which high windows open. Externally the most characteristic element were the three crenellated apses underlined by buttresses and designed by a double ring. On the northern side stood the convent to which a cloister was annexed towards the middle of the XNUMXth century. SOURCE: http://www.iccd.beniculturali.it/medioevosiciliano/index.php + other sources revised by the Helios Study Center