Churches and Religious Buildings
Messina
Ratings, Comments and User Experiences
Rate it (1 to 5)
0.000
Location
6 Via Risorgimento 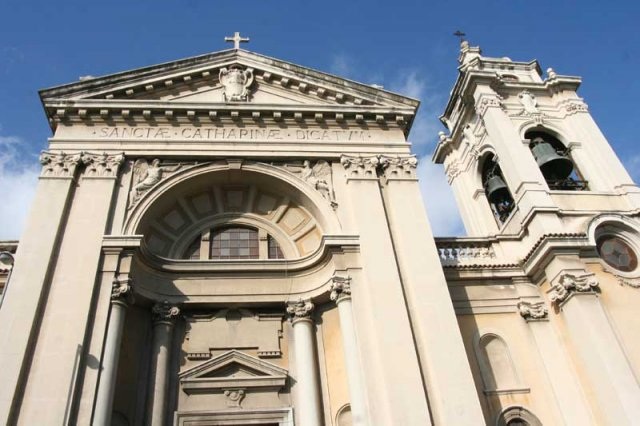 LOCATION: Via Risorgimento intersection with Garibaldi DATING: 1926 DESCRIPTION: Built in 1926 on a project by the architect Cesare Bazzani on the same site as the pre-existing medieval church destroyed by the 1908 earthquake. The church has three naves with a dome, has a Latin cross plan and motifs taken from the architecture of the Messina Filippo Juvara (1678-1736). The dome, the bell tower and the design of the facade take up some details of the basilica of Superga. Inside are preserved the following works: wooden crucifix of the eighteenth century, some marble inlays from the pre-existing medieval church and reassembled here in 1962, a painting on wood depicting the Madonna dell'Itria between Saints Peter and Paul. Attributed to Antonello Riccio. The eighteenth-century pulpit in white marble, inlaid with yellow and red marble and decorated with cherubs and leaf decorations, a Baroque-style altar, embellished with the Di Giovanni family crest and covered with marble inlays on a blue background. CURIOSITY The pagan temple dedicated to Venus stood in the same place in Roman times.