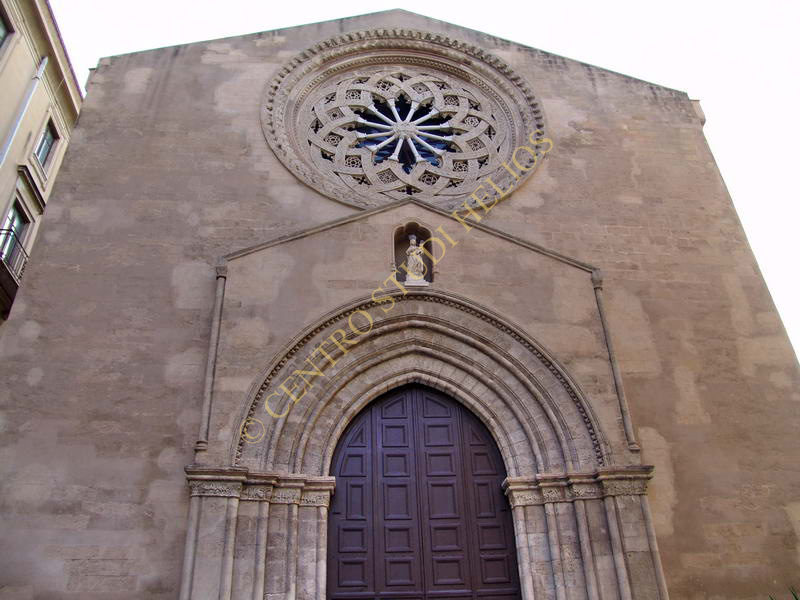 Dedicated by the Templars to St. John the Baptist. In 1313 Frederick III of Aragon granted it to the Augustinian fathers who rebuilt it, in Sicilian Gothic style. The church had a polygonal apse and a roof with wooden trusses covered with painted tablets (droleries) with grotesque and allegorical figures deriving from the medieval miniaturist repertoire, now partly preserved in the Pepoli Museum. The bombings of 1943 destroyed the apse and part of the nave, which were later rebuilt. Before the renovation after the Second World War, the church had a north door and a south door; the latter led into the cloister of the former convent of the Hermits of Sant'Agostino. The main façade remains of the original layout, with a gabled façade, a large rose window (XNUMXth century Chiaramonte style) and a polygonal apse. On the portal, inside a niche, there is a Madonna and Child by Gagini.

Click to see on Google Maps
1 Via Sant'Agostino, Trapani, TP
Rate it (1 to 5)
0.000
Send a notice to the publisher
Deactivate the Youzify Membership System to use the theme's login form here.