Churches and Religious Buildings Featured
Messina
Ratings, Comments and User Experiences
Rate it (1 to 5)
0.000
Location
Shrine of Christ the King

Church of Cristo Re (Military Shrine of Messina) 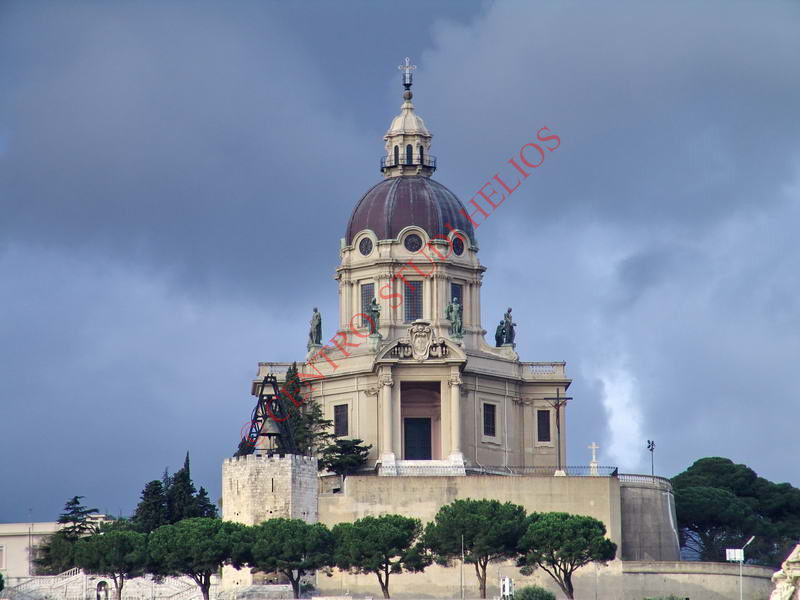 LOCATION; Viale Principe Umberto DATING 1937 DESCRIPTION: The church was built in 1937, based on a project by Francesco Barbaro and conceived as a monumental sepulcher for the fallen. The temple stands on a panoramic hill, about 60 meters above sea level, on the site of the ancient castle of Rocca Guelfonia or Matagriffone (abbreviation of Mata and Grifone) which, in 1191, hosted Riccardo "Cuor di Leone" with his men headed to the Holy Land during the Third Crusade. From the viewpoint in front you can enjoy the view of the Strait and the City. The Baroque-style building has an irregular octagonal shape with a large dome marked by eight ribs at the base of which there are eight modeled bronze statues depicting the three theological virtues: Faith, Hope and Charity; the four cardinal virtues: Prudence, Justice, Fortitude and Temperance and lastly the virtue of Religion which includes them all, on the dome there is a lantern six meters high and a one meter ball on which a cross stands. On the octagonal tower, testimony of the ancient castle, there is a bell of 2,80 meters weighing 130 quintals obtained by casting the bronze of the enemy guns stolen during the war of 1915-18. CURIOSITY The bell of the shrine is the third largest bell in Italy SOURCE: Reworking of various sources by the Helios Study Center