The site includes a large part of the catchment area of ​​the Cassibile River, near Avola. This stream occupies the bottom of a deep and spectacular valley
characterized by rather steep slopes with extensive rocky walls. The substrates consist essentially of Miocene limestone deeply engraved by
karst phenomena. Along the bottom of the valley there are numerous lakes interspersed with small waterfalls and rocky crags. The bioclimate is part of the thermo-Mediterranean with
obrotypes between the inferior and superior subhumid. The natural vegetation is rather degraded and is mainly represented by meadows ad
Ampelodesmos mauritanicus and from garrigue to heather and rosemary. The most frequent and still well preserved forest formations are the riparian ones in Platanus
orientalis and Salix pedicellata, while the evergreen woods of Quercus ilex are quite rare. The rock faces are home to a lot of chasmophilous vegetation
specialized and rich in endemic and rare species belonging to the Dianthion rupicolae. The hygrophilous formations with helophytes of gods are significant even if infrequent
Phragmito-Magnocaricetea and those linked to the dripping walls to Adiantum capillus-veneris and Pteris vittata.
4.2Quality and importance
The Cava Grande of the Cassibile River represents one of the valleys of greatest landscape and naturalistic value in the whole Hyblean plateau. The spectacular e
peculiarities of the rocky and humid environments of the valley floor attract a notable mass tourism. Of particular beauty are the rocky walls carved by the water
of the river and the deep lakes on the valley floor. From a naturalistic point of view, the enormous specimens of centuries-old plane trees that have spread over the years should not be underestimated
the river banks, as well as the presence of numerous endemic or rare species that are found on the slopes of the valley, which for their significant interest
phytogeographic, are mentioned in part in the list in section 3.3 (D). It represents a real natural island within a context between
more man-made in Sicily and, from a morphological and landscape point of view, it is certainly the most spectacular valley of the whole Hyblean plateau. It is characterized by riparian vegetation with Platanus orientalis and willows, by a peculiar rock vegetation, by dense holm oaks and by steppe vegetation, which
they host numerous endemic species. The whole site is therefore of exceptional geobotanical interest. The vertebrate fauna does not present faunal emergencies
of particular importance, apart from some exceptions relating to the ornithofauna. However the quarry represents for many Vertebrates a real refuge site and
nesting, allowing the survival and reproduction of species such as the Porcupine, the Marten, numerous diurnal and nocturnal birds of prey, the terrestrial tortoise, the
Water turtle, the Leopard snake and the Tree Frog, which otherwise would hardly be present in the Hyblaean hinterland. The fauna is very rich and articulated
invertebrate with numerous endemic and / or rare species, stenotope and stenoecias of very high scientific value. In fact, among this fauna, there are some
of the elements that belong to the oldest contingent of Sicilian fauna, which were saved, at least partially, following the long geographical isolation of
this area during the recent geological periods (Pliocene and Pleistocene). A particular value, in this context, is the freshwater fauna that can
count many paleoendemites, some of which can be considered real living fossils. Finally, the presence of the Salmo (Trutta)
macrostigma, for which the Cassibile river represents one of the few known sites for Sicily 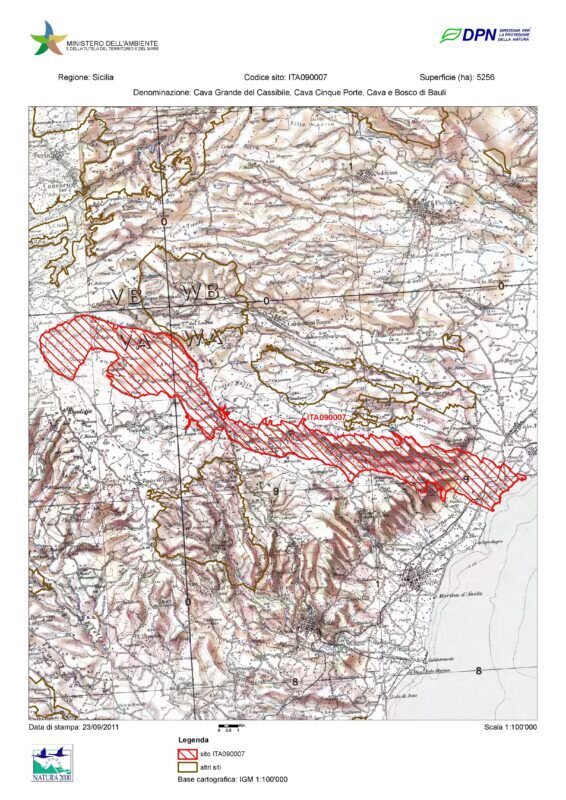 Click to see on Google Maps
Unnamed Road, Avola, SR
Rate it (1 to 5)
3.001
Send a notice to the publisher
Deactivate the Youzify Membership System to use the theme's login form here.