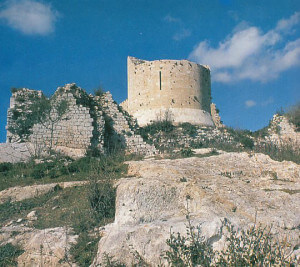 It falls on an area populated in protohistoric, Greek and late antiquity in the place where ancient Noto stood, destroyed by the earthquake of 1693.

THEplanimetric plant it is formed by a 'coaming' tower flanked by a curtain wall inside quadrilateral fortification (the northern side is incomplete and irregular because it partially adjoins the rocky edge). Then there are 3 towers, two of which are corner and one central, on the southern side of the quadrilateral. To the north, an appendage platform to the quadrilateral is included in the mighty structures of the sixteenth-century bastions of the city