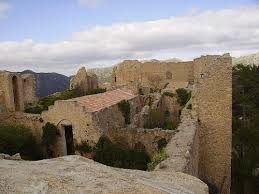 At the top of Monte Caputo (776 m.) It can be reached by taking a path at km 53 of the panoramic road for S. Martino delle Scale. Currently it also serves as a welcoming place for hikers, managed by the Sicilian Alpine Club (CAS).

Built in the XNUMXth century, probably dedicated to St. Benedict, it is an example of a military monastery-fortress. According to some scholars, it was built over a pre-existing Muslim settlement, an Arab strategic outpost. In addition to the military function of sighting, the castellaccio was also intended as a resting place for monks. Inside the castle a church with three navaye was built of which only the perimeter walls remain.

Click to see on Google Maps
2113 Strada Vicinale Caputello, Monreale, PA
Rate it (1 to 5)
0.000
Send a notice to the publisher
[contact-form-7 id="18385"]
Deactivate the Youzify Membership System to use the theme's login form here.