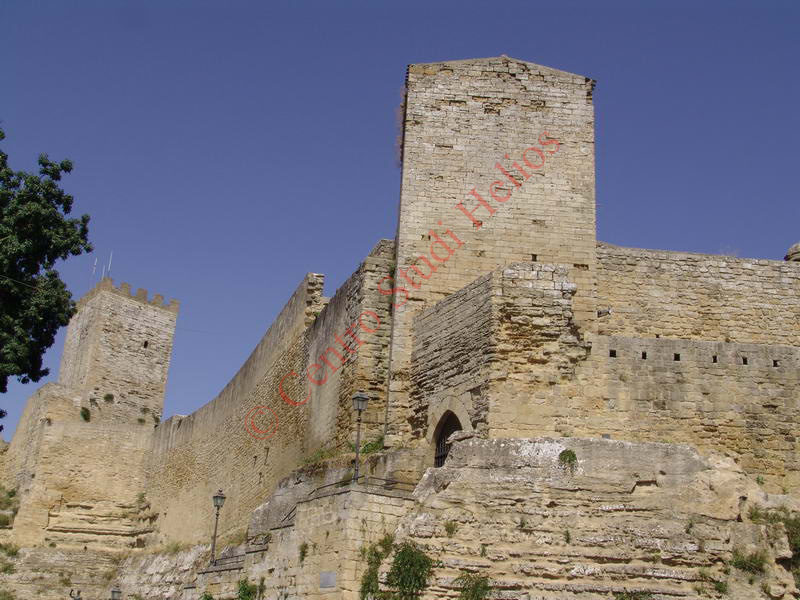 The Lombardy castle is built on the remains of ancient settlements probably of Sican origin which were followed by Roman, Byzantine, Arab and Norman fortifications.

In 1130 the Norman Roger II of Sicily he had the structure restored which over time became known as the castle of Lombardy due to the presence of a garrison of soldiers placed in defense of the ancient fortress during the Norman domination of Sicily. A few decades later the castle at the behest of Frederick II of Swabia was renovated and enriched with 20 towers

The advent of the Bourbon, averse to Enna, and the development of artillery they brought the Castello di Lombardia to a decline that saw it transformed into a prison.

In the twentieth century, after being used as a base for a small military garrison and prison, it was transformed into a theater and, at the end of the fifties, restored.

In 1923 the ancient dungeons of the castle, where the prisoners were locked up, were converted into collection tanks for the distribution of running water.

Click to see on Google Maps
Viale Nino Savarese, Enna, EN
Rate it (1 to 5)
0.000
Send a notice to the publisher
[contact-form-7 id="18385"]
Deactivate the Youzify Membership System to use the theme's login form here.