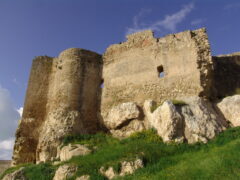 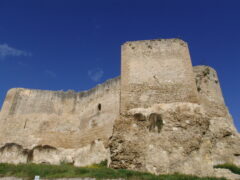 Castle of the Counts Luna

DESCRIPTION: Built directly on the rock by the Count of Caltabellotta Guglielmo Peralta, passed to the Luna family, after the marriage of his niece Margherita to Count Artale di Luna. It is also known by the name of Castello Nuovo to distinguish it from the pre-existing Castello dei Perollo, which is just under 200 meters away. Renovated in the sixteenth century. It was severely damaged by the earthquake of 1740 which caused the vaults of the square tower to collapse, the subsequent collapses occurred in 1855 (cantonal of north wind). In 1867 for fear of further collapses there were further demolitions by the civic administration. Restored in 1977 by the architects R. Calandra, G. Gangemi and R. La Franca. It is currently accessible to visitors and used for cultural activities. CURIOSITY The case of Sciacca is linked to the Luna castle, a bloody clash between two noble families Luna and Perollo.

Click to see on Google Maps
44 Via Carmelo Prampolini, Sciacca, AG
Rate it (1 to 5)
0.000
Send a notice to the publisher
[contact-form-7 id="18385"]
Deactivate the Youzify Membership System to use the theme's login form here.