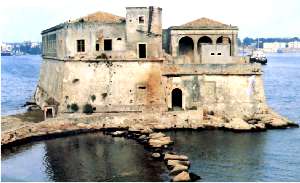 Inside the megarese port near the Castle. Defensive construction of the sixteenth century at the behest of the Viceroy Garzia of Toledo. The name of Maria derives from that of the viceroy's wife 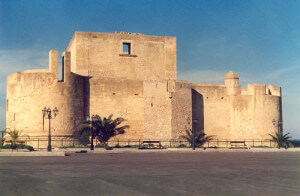 Erected between 1232 and 1239 at the behest of Emperor Frederick II of Swabia together with the Ursino Castle in Catania and the Maniace Castle in Syracuse. Included in the list of restricted architectural assets (DM 384/09 Decree of 27/12/1909)

Inside the megarese port near the Castle. Defensive construction of the seventeenth century at the behest of the Viceroy Francesco Ferdinando Avalos

Street View (if present)
Location
Rate it (1 to 5)
0.000
Location
Unnamed Road; Unnamed Road; 1 Via Canale; 1 Via Giovanni Lavaggi; 1 Via Vettor Pisani
Send a notice to the publisher
Share / Share