The site includes an area covered by a basaltic blanket of tertiary origin at altitudes between 400 and 700 m. It falls within the Ibleo territory and is
affected by lower humid mesomediterranean bioclimate. From a floristic point of view, it should be emphasized that this site is the only currently known station of
Zelkova sicula, rare tertiary wreck located in a small impluvium where it forms a peculiar mesophilic spot. In the rest of the area the forest vegetation
it is particularly degraded with fragmented aspects physiognomically characterized by the dominance of Quercus suber or Quercus virgiliana. Enough
widespread are the garrigues in Sarcopoterium spinosum mixed with which are found small temporary pools where a very hygrophilous vegetation settles
specialized rich in rare microphytes belonging to the Isoeto-Nanojuncetea. In the driest stretches, acidophilic ephemeral lawns with marked thermoxerophilic characters are observed.
4.2Quality and importance
The importance of the site is mainly due to the presence within it of the only station of Zelkova sicula, a rare punctiform endemism limited to
basaltic substrates of this part of the Hyblean area. They are also significant for their rarity in Sicily and for the remarkable richness in hygrophytes of particular significance
geobotanical the small humid pools distributed over the entire area. It should also be emphasized the presence of various endemic or rare species of considerable value
phytogeographic fauna, some of which are mentioned in the list in section 3.3 (D). The vertebrate fauna does not present any particular emergencies, while
among the invertebrates there are numerous endemics, especially among the forest species, and many rare taxa and stenotopes, linked in particular to the xeric and subxeric environments
of the garrigue. 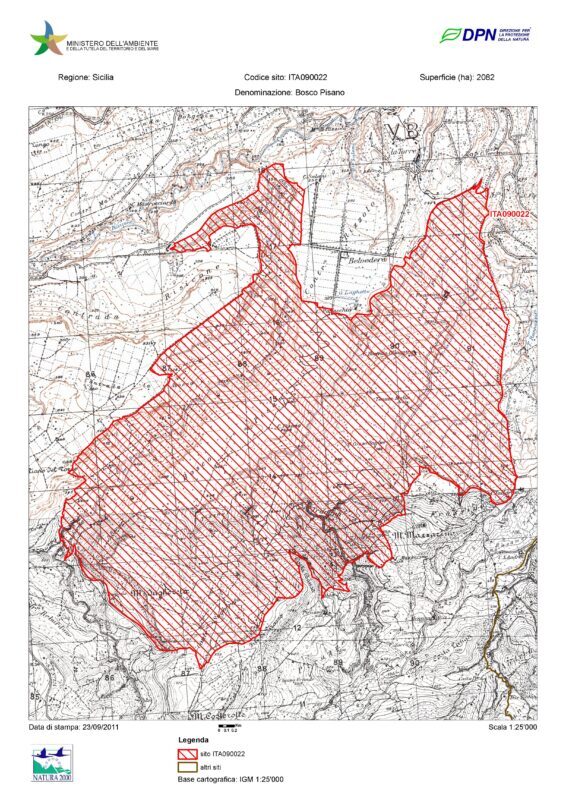 Click to see on Google Maps
Unnamed Road, Buccheri, SR
Rate it (1 to 5)
3.673
Send a notice to the publisher
Deactivate the Youzify Membership System to use the theme's login form here.