The site includes an inland area of ​​Sicily with altitudes between 200 and 350 m, characterized by sandy substrates, mostly represented by
paleodune, mixed with limestone, limestone and marl outcrops. The bioclimate is of the upper dry upper thermomediterranean type. They are quite widespread
the wood formations with Quercus suber which often cover large surfaces, limited to sandy substrates. Quercus ilex thermophilous woods are rarer
localized on calcareous or calcarenitic substrates. Among the aspects of degradation well represented are the psammophilous garrigue in Helichrysum stoechas and those of
calcareous substrates with Rosmarinus officinalis and Erica multiflora, while the grasslands with Hyparrhenia hirta are rarer. Of some importance are the ephemeral lawns, in
where numerous rare and endemic species are located.
4.2Quality and importance
The importance of the site lies in the presence of thermophilic cork forests, forest formations that have now become quite rare on the island and secondary formations such as
garrigue, grasslands and ephemeral lawns in which endemic or rare species of considerable phytogeographic interest are located, some of which are mentioned in the list
reported in section 3.3 (D). The high environmental heterogeneity that characterizes it allows the permanence of a rich and articulated fauna, which finds refuge here
and hospitality in a context that is drastically depleted of natural environments due to the profound changes brought about by human action (urbanization,
crops, dense network of roads, hydraulic arrangements of waterways, etc.). Among the Vertebrates, avifauna is of particular interest, with rare species and
always very localized in Sicily (Hieraaetus pennatus, Merops apiaster, Alectoris greco witakeri) which use the site for nesting or wintering,
and also the herpetofauna which includes most of the Sicilian species worthy of protection. The invertebrate fauna is very diverse and rich in
endemics, sometimes extremely localized on our island, and stenoecias and stenotopes of rare species. 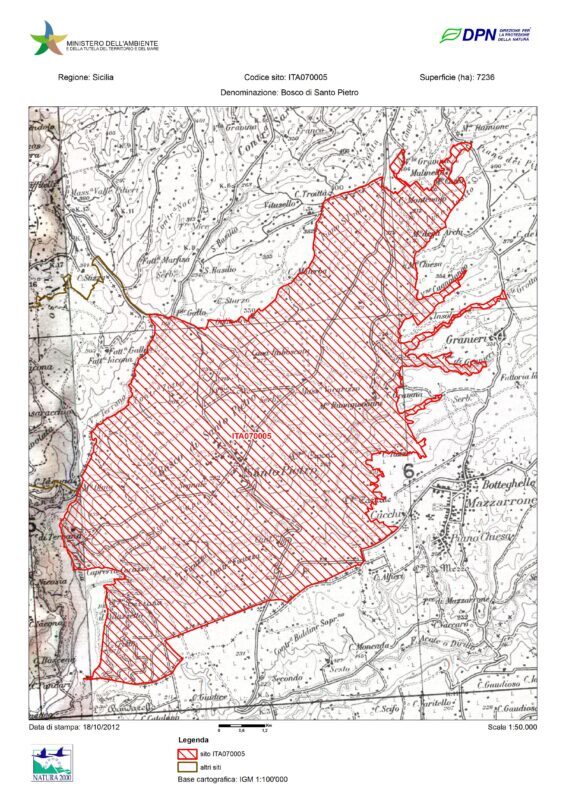 Click to see on Google Maps
Provincial Road 34, Caltagirone, CT
Rate it (1 to 5)
0.000
Send a notice to the publisher
Deactivate the Youzify Membership System to use the theme's login form here.