It is a hilly area affected by old lava flows with altitudes between 230 and 250 m. The bioclimate is of the upper thermo-Mediterranean type with
inferior subhumid ombroclimate. Widespread are the wood formations with deciduous oaks, sometimes mixed with holm oaks. Among these, the woods of Quercus prevail
dalechampii, while those with Quercus virgiliana are less frequent. In addition, there are uncovered areas affected by sparse pioneer vegetation.
4.2Quality and importance
This site has a certain naturalistic interest as it still retains examples of woodland vegetation typical of the low Etnean altitudes. These formations
in fact they have now completely disappeared due to the urbanization and agricultural exploitation of the Etna foothills. There are also several here
entities that in the regional area are rare or considered to be of significant phytogeographic interest, in turn mentioned in the list in section 3.3 (D).
The importance of the site, as in the case of the Wood of Santa Maria La Stella, derives from being one of the few low-altitude wooded strips on the eastern side
Etna. It is a mixed forest with deciduous oaks and Ostrya carpinifolia, the latter the lowest altitude known so far for the eastern side.
Etna. The site represents a residual strip of the now mythical Bosco di Aci, which still at the beginning of the 800th century covered, in the opinion of RECUPERO (1815), a large strip
of the eastern side of Etna. These strips currently represent the only natural areas where a portion of the much richer ed
articulated woodland fauna of the Etna foothills and represent refuge sites for numerous species of Vertebrates that would otherwise disappear
from the whole area. The strategic importance of the site for the protection of biodiversity is therefore completely evident 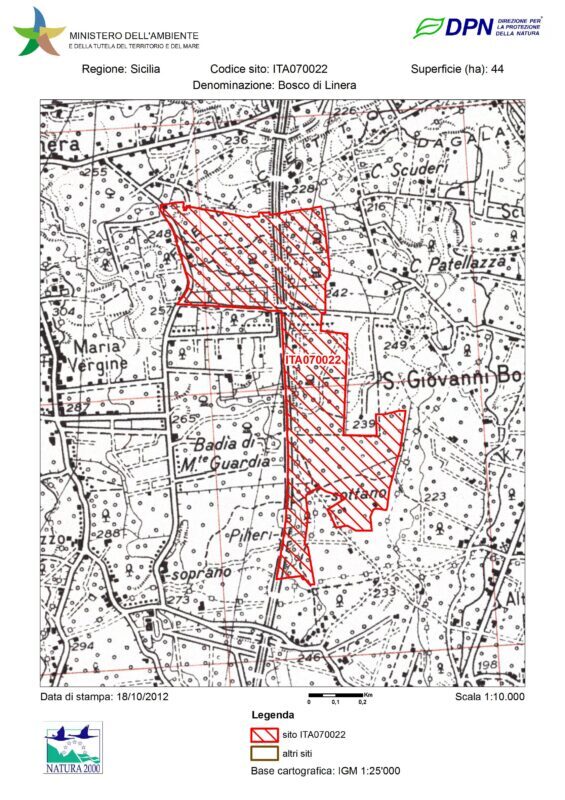 Click to see on Google Maps
A18 Messina - Catania, Acireale, CT
Rate it (1 to 5)
0.000
Send a notice to the publisher
Deactivate the Youzify Membership System to use the theme's login form here.