The Aeolian Archipelago located in the southern Tyrrhenian is made up of seven main islands and numerous islets, all of volcanic origin. It is about Quaternary volcanic complexes of which Panarea represents the oldest manifestation, while Vulcano and Stromboli are the most recent islands, with volcanoes still active. The highest volcanic building is that of Salina (962 m), while the altitudes of the other islands are between 420 m and 918 m. The islands are on the whole more or less rugged with slopes that are often quite steep and in many cases inaccessible, while the coasts are mostly rocky with cliffs sometimes overlooking the sea. The pebbly coasts are quite frequent while the sandy coasts are rarer. In some islands the contribution of clastic material by eruptions more or less recent determines the formation of very steep sandy slopes or breccai with deposits of coarse material. The only example of a brackish quagmire is look at the Lingua district in Salina. From a climatic point of view, the islands of the Archipelago are affected by a sub-humid thermo-Mediterranean bioclimate, with average annual rainfall of about 600 mm and average annual temperatures around 18 ° C. The less steep surfaces had been in the past terraced and used for agricultural purposes. Currently many of these areas are abandoned and have been recaptured by natural shrub vegetation. In fact, a large part of the surface of the islands of the Archipelago is covered with low shrubs or high scrub. Woodland formations are quite rare and represented by small strips located in rocky or very inaccessible areas. They are mostly thermophilic acidophilic holm oaks in which Quercus ilex, in general dominant, it is accompanied by Erica arborea, Pistacia lentiscus, Cytisus villosus, etc., or deciduous oak woods to Quercus virgiliana and Erica arborea. Very popular they are the shrubs rich in cysts, heather, calicotome, citiso, in which Genista tyrrhena often dominates, or more rarely Cytisus aeolicus. On the rocky ridges normally a spot is located in Euphorbia dendroides and Olea oleaster, which is replaced on the more or less vertical walls by chasmophilous communities rich in endemics. Along the coastal strip there are frequent halophilous rocky aspects of Limonium minutiflorum which are replaced in the innermost sections by garrigue a Helichrysum litoreum. In the most degraded stations, perennial grasslands with Hyparrhenia hirta and ephemeral lawns are observed. The seven main islands of the archipelago of the Aeolian Islands are formed by volcanic rocks that under the surface of the waters form a great variety of environments with caves and cliffs. The majority part of the seabed surrounding the islands are rocky and quickly descend to great depths. On these substrates there is the typical benthic zoning of rocky substratum, characterized by the bathymetric succession of populations in Cystoseira (Giaccone, 1969; Giaccone et al., 1999). Extensive grasslands of Posidonia oceanica are found both on rocky and detrital bottoms, presenting the characteristic mosaic structure, and on soft bottoms where it appears well structured (Pessani et al., 1984). In the coastal areas characterized by sand and mud there are populations of Cymodocea nodosa. Furthermore the islands are affected by secondary volcanism phenomena that occur through the release of gaseous mixtures composed mainly of CO2 and H2S that condition the settlement of plant populations (Giaccone, 1969; Acunto et al., 1995).

Important migratory route for birds of prey and storks that affects the same migratory flow of the Strait of Messina. The passage, in particular, is also significant in autumn, passerines; Turdidae and Silvidae are abundant. Among the nesting breeds the most important presences are represented by queen, located on the rocky cliffs, in several islands. Among the passerines, the presence of Magnanina is important. Also noteworthy is the contingent of species of invertebrates endemic to the archipelago and sometimes known only for one or a few islands. The conservation status of the habitats can be considered satisfactory.The Aeolian Archipelago as a whole has a considerable naturalistic value due to the presence of numerous endemic and rare species, some of which are in Annex II of the Habitats Directive, as well as for the localization in them of exclusive plant communities as they are linked to very peculiar habitats. Because of their volcanic origin these islands also present a significant landscape interest due above all to the spectacular geomorphology of the reliefs, often having a typical conical structure of considerable height, in the presence of active volcanoes, slopes with very steep cliffs, sandy skiing, cliffs inaccessible, in areas affected by secondary volcanism, with muds, thermal waters and fumaroles. There are also several entities in the islands than in the area are rare or considered to be of significant phytogeographic interest, in turn mentioned in the list in section 3.3 (D). represents one of the few sites in Sicily where the populations in Cystoseira sp.pl. they are well structured and have remained unchanged unlike other areas of the Eastern sector of the Mediterranean where a clear regression is observed, especially in the middle and lower infralittoral populations (Alongi et al. 2004). 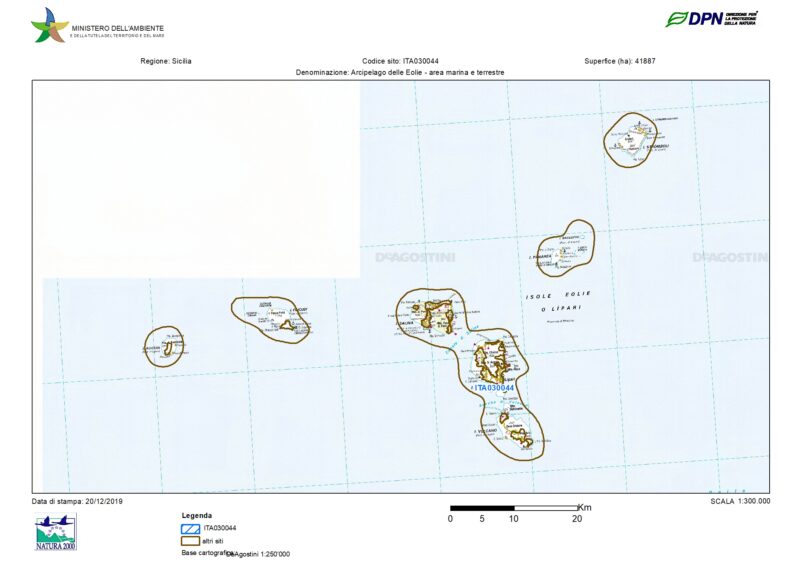 Click to see on Google Maps
Unnamed Road, Lipari, MESanta Marina Salina, ME
Rate it (1 to 5)
0.000
Send a notice to the publisher
[contact-form-7 id="18385"]
Deactivate the Youzify Membership System to use the theme's login form here.