The Egadi Islands are located in the Sicilian Channel, off the western coast of Trapani, as the emerged edges of the submarine reliefs that connect the
Sicilian Maghrebi chain to the Tunisian one. The archipelago, which falls entirely within the administrative territory of the municipality of Favignana (Trapani), is constituted
from the major islands of Favignana, Marettimo and Levanzo and from the small rocks of Formica and Maraone, for a total extension of 37,45 Km2. Among them,
Marettimo stands out above all, for the high naturalistic interest of the territory and particularly rich in endemism its paleogeographic history and morphology
somewhat harsh and bumpy, characterizing a territory. Favignana and Levanzo, closer to Sicily, instead have a much sweeter profile, they are
more degraded and more exploited for tourism purposes. Rather large portions of Favignana appear degraded both due to the exploitation of quarries in
calcarenite, particularly intense in the past. From a geological point of view, the Archipelago falls within the so-called "Egadi Chain" which it constitutes
a portion of the "thrust belt" identified in the neighboring marine areas and structured in the upper Miocene, then segmented by fault systems during the
Plio-Pleistocene tectonics. The Island of Marettimo (12,3 Km2) is characterized by an orographic ridge dominated by Pizzo Falcone (686 m asl), which rises
within a system of peaks often exceeding 400 meters of altitude. These are Mesozoic substrates, mainly consisting of dolomites, as well as marls and
limestones of the Middle Trias-Lower Lias (ABATE et al., 1999). The island of Levanzo (5,6 Km2) has a morphological structure defined by faults that separate two
limestone ridges with a north-south trend, culminating respectively in the peaks of Pizzo del Monaco (278 m asl) and Pizzo del Corvo (201 m asl), between which
develops the large depression called La Fossa (69 m asl). These ridges are characterized by carbonate and clastic-terrigenous substrates dating back to the Tertiary Mesozoic, on which Plio-Quaternary deposits are based in discordance, represented by calcarenites and sandstones dating back to the Lower Pleistocene, as well as conglomerates
coarse residues of marine terraces formed between the Upper Pleistocene and the Holocene (ABATE & al., 1995). The island of Favignana (19,8 Km2) is characterized
by two large esplanades that correspond to surfaces of marine abrasion of the upper Pleistocene, separated by a Mesozoic-tertiary ridge, culminating in the
Monte Santa Caterina (314 m asl). The eastern plain is carved on whitish lower Pleistocene sandstones, while the western one is set on the
Mesozoic-tertiary carbonate successions and is sometimes covered by Tyrrhenian conglomeratic levels, Holocene aeolian sediments and colluvial and eluvial deposits
(AGNESI et al., 1993) Following the bioclimatic classification proposed by BRULLO et al. (1996), the territories of Levanzo and Favignana, and the coastal strip of
Marettimo - in addition to the islets Maraone and Formica - are almost entirely part of the dry thermo-Mediterranean area, leaving room for vegetation aspects of the series
of the Olivastro and the arborescent Euphorbia (Oleo-Euphorbieto dendroidis sigmetum) and, in some particularly arid contexts, also of the Periploca series 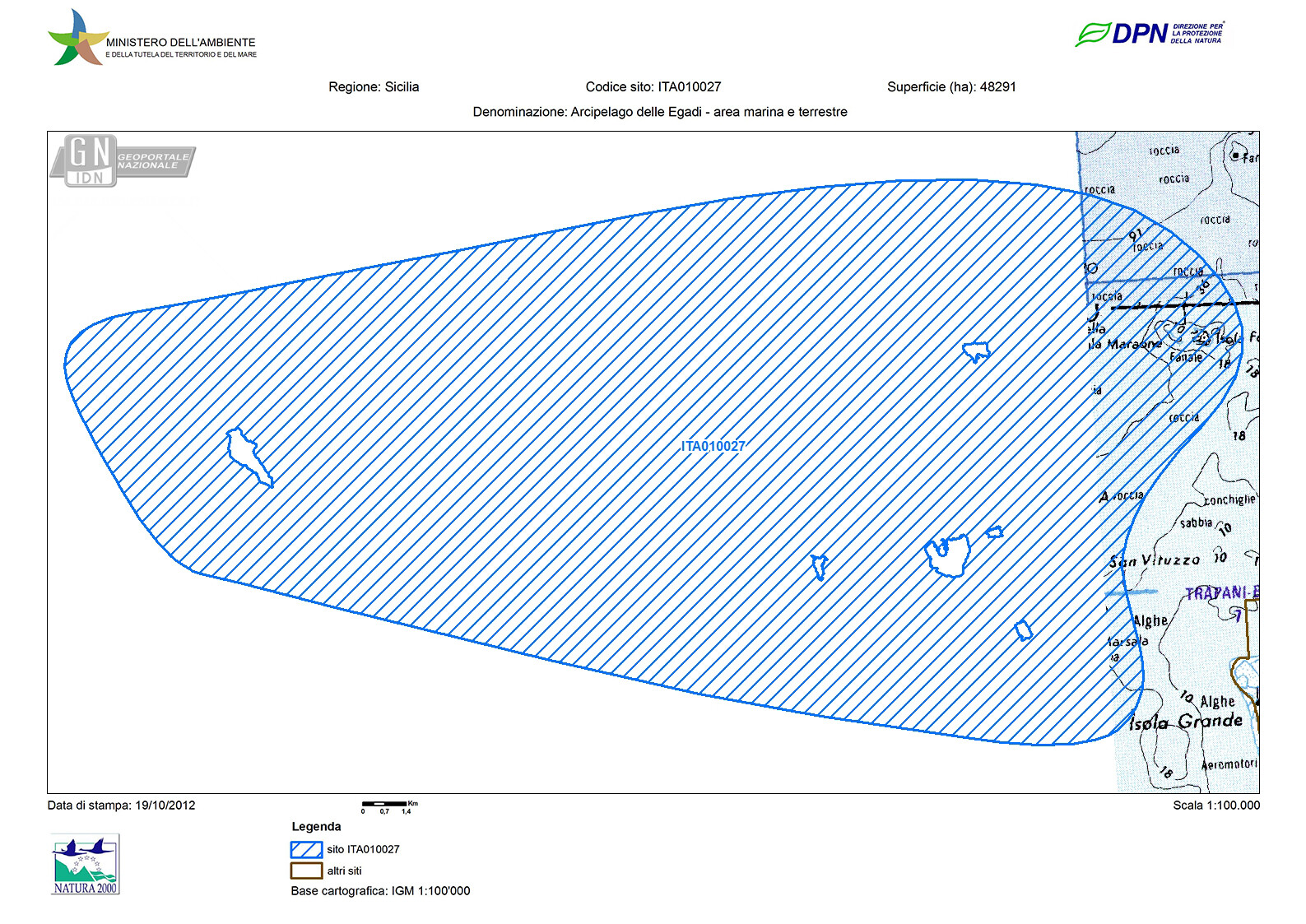 Click to see on Google Maps
Favignana, TP
Rate it (1 to 5)
0.000
Send a notice to the publisher
[contact-form-7 id="18385"]
Deactivate the Youzify Membership System to use the theme's login form here.