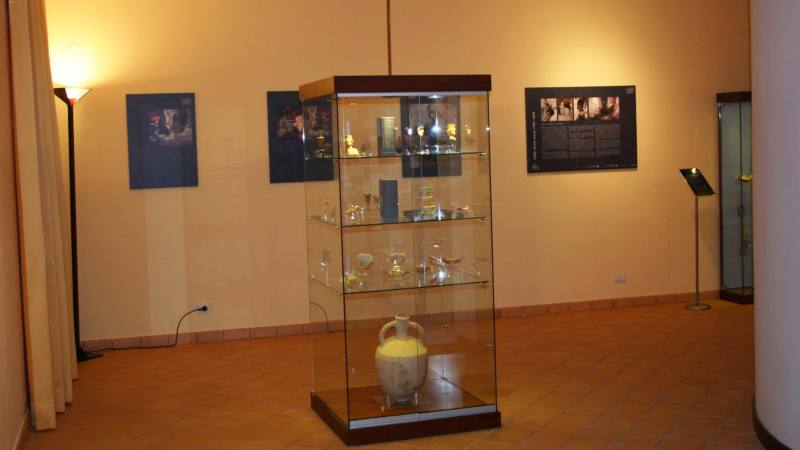 The museum exhibition occupies the rooms located on the top floor of the thermal complex of the Stufe di San Calogero or Kronio caves, on the top of the homonymous mountain overlooking, from the north, the city of Sciacca, known for the importance of the hydrothermal basin. which, used ab antiquo for therapeutic purposes, still today constitutes the main tourist resource of the area.
The small antiquarium, inaugurated in the 80s, was the subject of recent reconfiguration and rearrangement works financed with European Community funds.
There are exhibited archaeological materials from prehistoric and historical times coming from excavations and research conducted, from the 60s of the last century until 1986, inside the hypogeum of karst origin that develops inside the mountain and whose singular uniqueness is linked to the presence of vaporous phenomena which, going up along the network of tunnels that cross it, emerge from the upper cavities, the so-called Stufe di San Calogero, still exploited today for therapeutic purposes.

The exposure
The importance of the archaeological deposits - whose synthesis is offered in the small antiquarium - makes Monte San Calogero one of the most interesting archaeological realities of the international scientific panorama, both for the condition of the findings and for the current position connected with the geomorphological specificity of the hill affected by the release of vapors from the upper karst cavities (maze and animal caverns) incorporated into the modern building of the baths. Therefore, the particular location of the antiquarium within the same thermal complex gives the whole a particular meaning given the close connection with the nearby vaporous caves, a circumstance, among other things, documented by the singular presence, right at the entrance, of the mouth steaming from the escape of vapors from the cave of Daedalus.
The exhibition, even if developed through a short itinerary, is of great interest: it illustrates the chronological sequence of the oldest frequentations that involved the Stufe di San Calogero. A model with a cross-section of the mountain exemplifies the karst system, with its anthropic deposit still in situ and the intricate network of tunnels through which the rising of the vapors is assumed.
Particular attention is paid to the didactic-documentary apparatus: it opens with a look at the phenomena of submarine volcanism that characterize the Sicilian channel near the Saccensi coasts, active phenomena that in 1831 gave rise to the ephemeral emergence of the Ferdinandea island. Then follows the illustration of the vaporous phenomena of Mount Kronio of which the hypotheses on the origin, the history of speleological explorations and that of archaeological research are indicated; the illustration of the most important findings made during the investigations carried out in the upper caves accompanies the exhibition of the finds in two showcases: the first dedicated to the prehistoric phases, the second to their frequentation starting from the sixth century BC, up to the Middle Ages and beyond.
The educational exhibition ends with a summary of the history of thermalism in Sciacca, the seat of an important administrative and fiscal center of the Roman Empire in late antiquity, and on Mount Kronio where, after the XNUMXth century, the presence of the Holy thaumaturge Calogero. (Text source: Sicily Region - Department of Cultural Heritage and Sicilian Identity 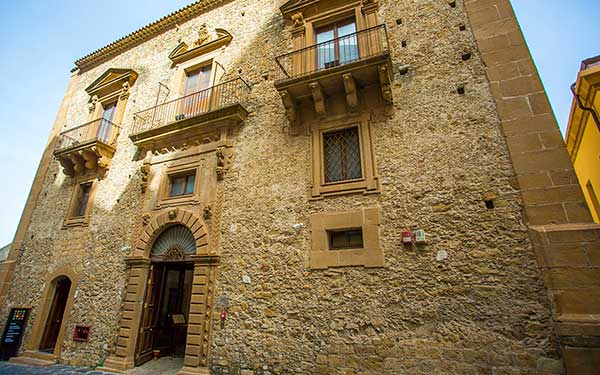