The Archaeological Park of Selinunte and Cave di Cusa 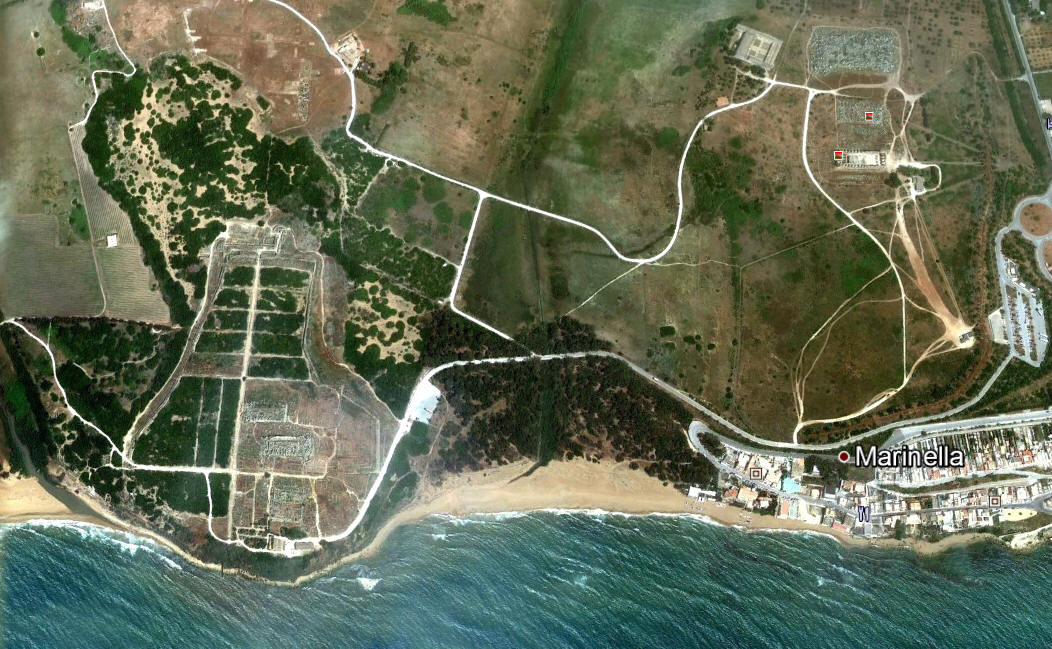 Insert the cards of the Archaeological Park of Selinunte in the Heritage Archive. For details on the individual sites located in Selinunte and in the immediate vicinity, see the sub-archive "Selinunte and surroundings ".

The Park includes two areas, the first corresponding to Selinunte Park, the other that of Cave of Cusa about ten kilometers west of Selinunte

Selinunte (Greek Selinos, Latin Selinus) was an ancient Greek city founded in 651 BC by colonists from Megara Nisea, who settled in Megara Hyblaea on the site previously populated by Sicans, Elymians and Phoenicians. It soon became an imposing city full of temples and with a population that was presumed to have been 100.000. Selinunte allies herself with Carthage but after the Battle of Himera (480 BC) she made a pact with Syracuse that removed her from the protection of Carthage. In 409 BC it was destroyed by the Carthaginians no longer allied. In 405 the Carthaginians allowed the return of the population, following the Syracusan Ermocrate, but by now Selinunte was destined to be only a small town in the third century it was practically abandoned, except for a sporadic presence in the Byzantine and early Middle Ages. Starting from the eighteenth century it began to become of interest to travelers and scholars, including Houel who made it famous with his drawings. Excavation work began in the XNUMXth century and slowly brought to light the remains of what was once one of the largest Greek cities in western Sicily. 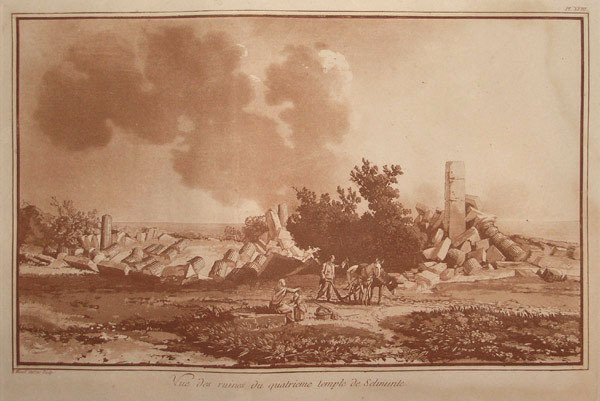 The remains of ancient Selinunte are found on the territory of the municipality of Castelvetrano, in the southern part of the province of Trapani. All the land involved today forms one of the largest archaeological parks in the world (260 hectares). The archaeological site is rich in monumental ruins that testify to the ancient splendor of Selinunte. 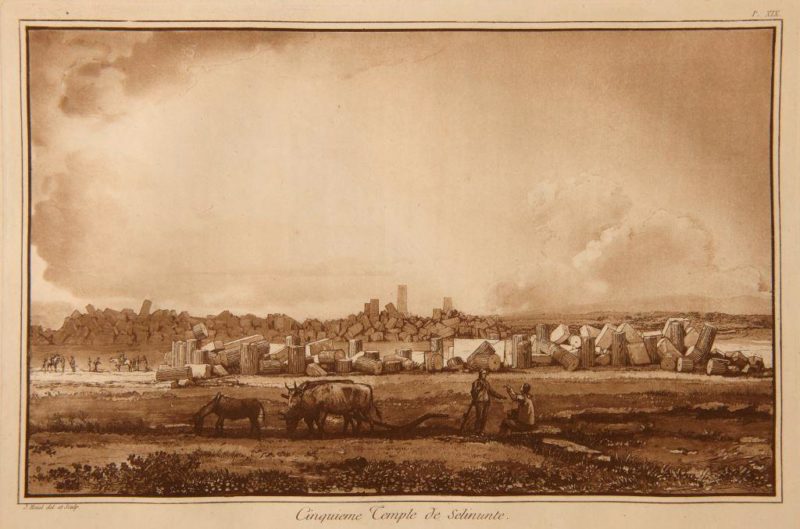 The acropolis is located on a slightly raised esplanade on the surrounding plain. It was defended by ramparts and defense towers, in some cases still visible. 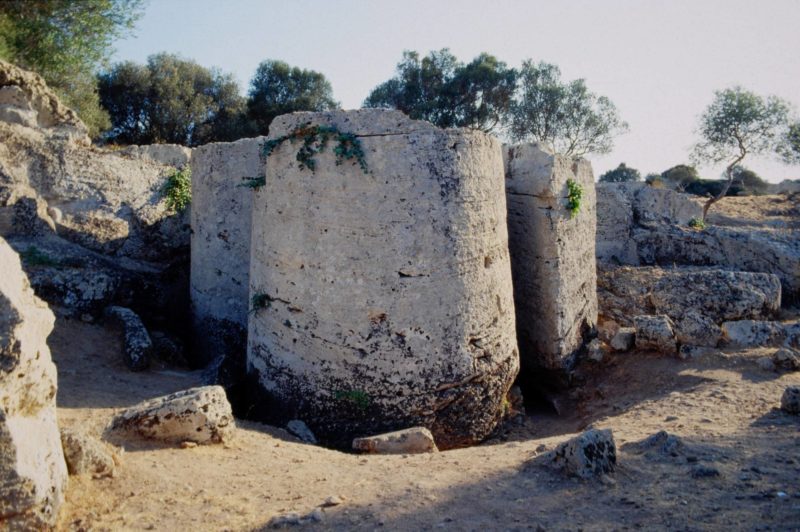 The large area of ​​the Cave di Cusa rises about 13 km north-west of Selinunte, in the territory of Campobello di Mazara, on a plateau near the coast. From these stone quarries the building material destined for the Temples of Selinunte was extracted. The place, even if more than 10 kilometers away from Selinunte, was chosen for the presence of a very compact and massive calcarenite bank, characteristics that allowed to detach elements of such large dimensions as those of the temple C. The pieces, after being almost entirely made, they were detached from their matrix thanks to the jack effect produced by wooden wedges expanded by the effect of water. The quarries were abruptly abandoned with the almost instantaneous interruption of the extraction, processing and transport of the column drums, following the invasion of the Carthaginian army in 409 BC. The pieces were left where they were, some just roughly hewn. Of the drums already extracted, some were ready to be transported away; others, already on their way to Selinunte, were abandoned and can be recognized along the road. In addition to drums of columns, in the quarries it is also possible to recognize some capitals, as well as rectangular engravings to obtain squared blocks, all destined for the temples of Selinunte. The place was visited by Houel as it recalls one of his drawings 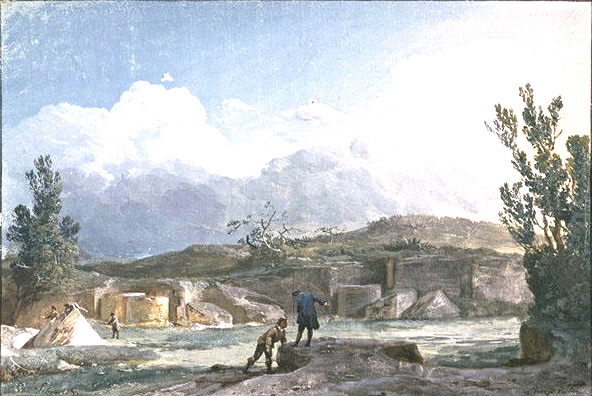 The phases of construction of a column.

In addition to the properties indicated, we wanted to include other sites in the delimited area "Selinunte and Surroundings" in the immediate vicinity of the Selinunte park.

For details on the individual sites located in Selinunte and in the immediate vicinity, see the sub-archive "Selinunte and surroundings "

In this regard, see the following image taken from the Landscape Plan of Trapani: 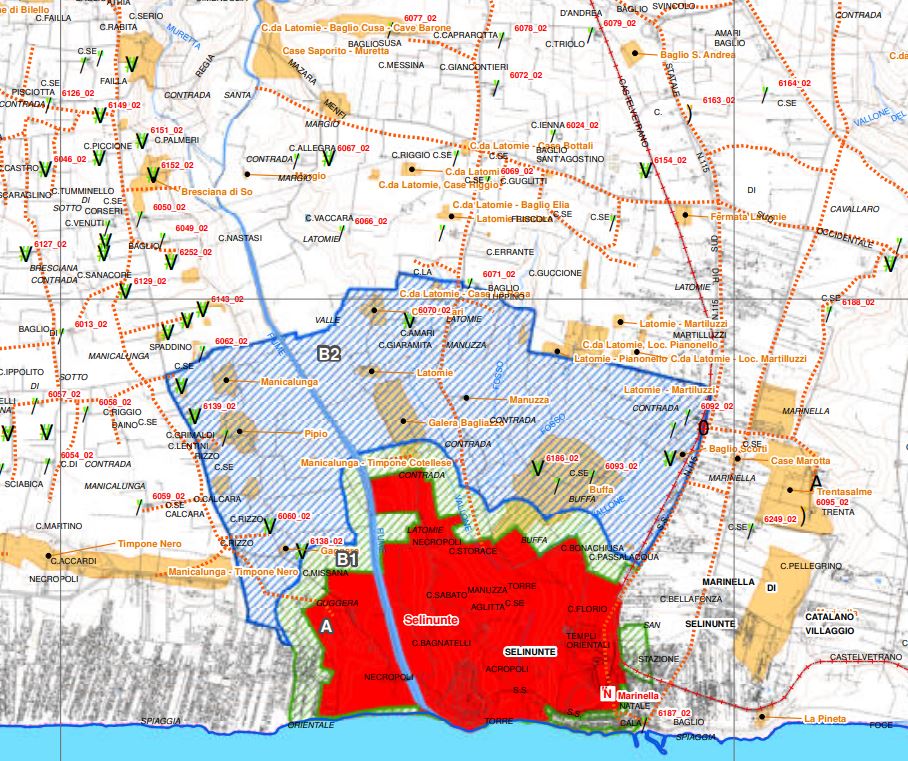 Rate it (1 to 5)
0.000
Go to the Google map
Selinunte
View the place with Street View (if any).
Send a notice to the publisher
Share / Share