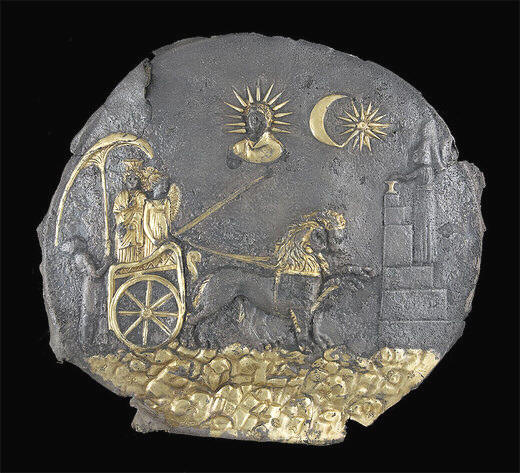 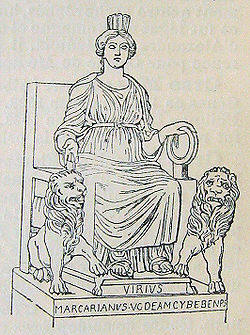 Originally, the deity was worshiped by the peoples of Asia Minor, in Phrygia. Known as "Great Mother" and also "Mother of the mountains“, His cult was later adopted by the Hellenes, who arrived in Asia Minor, then spreading quickly throughout Greece.

Cybele was particularly venerated on Mount Ida (today's Kaz Dag in Turkey), which is why it also took the name of "Mother Idea".

Originally it was considered a deity of the mountains, given the names that were attributed to it.

A certain relationship must have existed with an ancient Cretan deity called "Lady of the beasts“, Depicted on top of a mountain and flanked by two lions. In fact, a statue of Cybele from the second century. depicting the goddess seated on a throne, with her head crowned by towers and with two lions on either side of the throne, it is kept at the National Archaeological Museum of Naples.

The towers of the walls, which often crowned the head of Cybele, reveal that the goddess was also seen as a wandering and founding deity of cities and castles.

The cult that the priests dedicated to Cybele was defined by the Greeks as orgiastic, it was bloody, associated with sensational music and often accompanied by voluntary injuries and self-emasculation. The Hellenization of the cult, as it happened for that of Baal e Tanit, led to a purge of the wildest manifestations. Particularly gory forms continued to survive within the mystery ceremonies involving the goddess. The priests of Cybele were eunuchs and the initiation rite they had to undergo in order to enter the service of the goddess consisted of self-emasculation, which they performed in delusional ecstasy [2].

Cicero speaks of the cult of Cybele in Sicily (Verrine IV.97). He tells that Scipio [3] gave bronze breastplates and helmets to the temple of the Great Mother in Engio [4], after having his name engraved on it. It is probable that other goddesses were also venerated at Engio, often connected to the cult of Cybele. Diodorus Siculus also talks about it (lib. IV.79) about a temple "to the Mothers”Built by the Cretans who landed in Sicily after the defeat of Troy.

Traces of the cult of this goddess can be found in Piazza Armerina, in the Villa Romana del Casale, where, in a mosaic depicting a circus race, [5] the statue of Cybele is portrayed.

Ad Akray there are the so-called holy men, a series of rock sculptures aligned along a rocky wall: almost all 12 reliefs represent scenes in which the goddess Cybele appears in various positions [6].

A SIRACUSA there is an area similar to that of santoni by Akray. In the locality of Fusco, not far from the British military cemetery, on a rocky wall, there is a relief in which Cybele is represented on a throne with the inevitable lions next to it. Furthermore, a Greek sculpture always representing Cybele on the throne between two lions, located this time inside an aedicule, is kept in the Regional Archaeological Museum of Syracuse.

The advent of the Christian religion meant that, in the syncretic context of the "great mothers", the cult of the Madonna partially absorbed some of the characteristics of Cybele. An example was the feast of the Assumption in Messina, on August 15, where two very large statues, called the Giant and the Giantess [7], were carried in procession by the population. Some writers of the past have called these statues Cam and Rea, Other Saturn and Cybele, or Zancle and Rea and also Griffin and Mata. The latter name has sometimes been changed to Mother, perhaps by mistake or perhaps because both Rhea and Cybele were actually seen as mothers; in fact, Cam and Rea were considered by the population as ancestors. The Giant and the Giantess were dressed as warriors, both on horseback, the Giantess had on her head a turreted crown similar to the one with which Cybele was often depicted. [1] Isis is also seen as the mother of the gods, and with these qualities despite being an Egyptian goddess, her cult spread to the Greco-Roman world, where she was often compared to Demeter. It was around Isis that the female divinities were formed around the second century. AD, the religious syncretism.

[4] The locality of Engio has not been located with certainty, we want to think (55.950) of the current Nicosia. 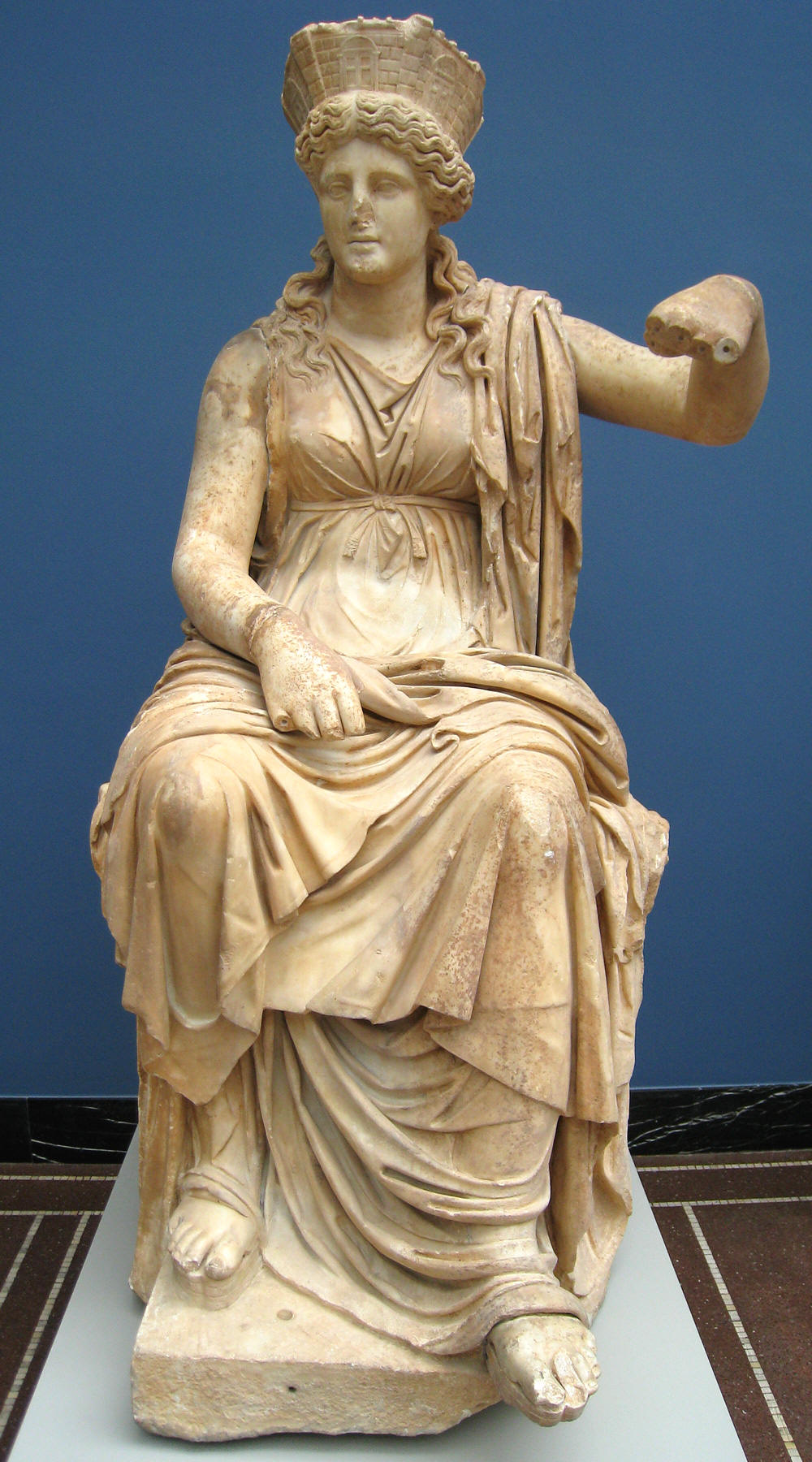