Cults Myths and Legends of Ancient Sicily
6.4 The Erhey: Orion 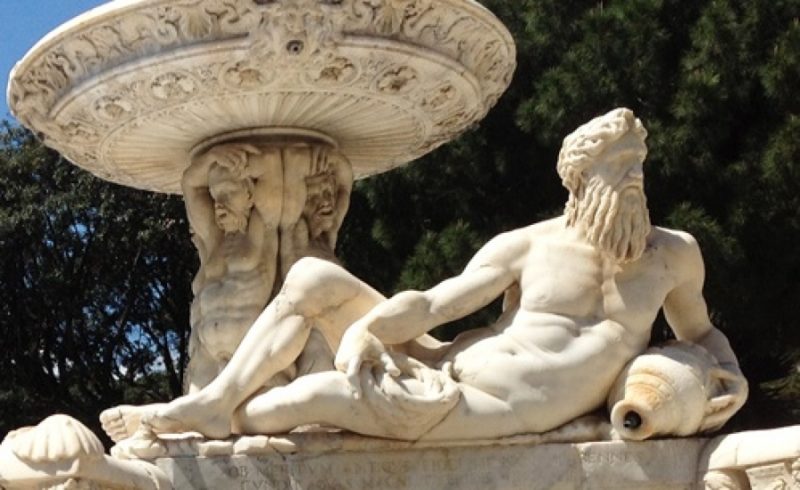 According to Greek mythology, Orion is a gigantic hunter and a great builder of works. His cult must have very ancient origins, characters with the same characteristics, in fact, are found in many peoples. Furthermore, the legend of Orion is very rich in variations, and this testifies to the many influences that its cult underwent, according to the peoples and the period.

Orion is generally believed to be the son of Poseidon and Euryale, the daughter of Minos. On his birth there is another version according to which Zeus, Poseidon and Hermes asked and received hospitality from a certain Irieo. To thank him, they agreed to fulfill one of his wishes, that of having a child, since old age prevented him from doing so. The gods, then, filled with their urine a wineskin made of the skin of a sacrificed bull, and asked Irieo to bury it; 10 months after the goatskin was born Orion, the giant hunter.

As for the birth, also on the life and death of Orion there are different variants. The goddess Artemis is generally considered to be the architect of Orion's death. According to some Artemides killed Orion to save the Pleiades, his companions, chased by Orion who wanted to rape them. According to others, Orion tried to rape the same Artemis who directed a scorpion against him who killed him by stinging him on the heel. For having rendered this service to the goddess, the scorpion was transformed into a constellation and the same happened for Orion: this is why the constellation of Orion is eternally chased by that of Scorpio. According to another version, however, Artemis was actually in love with Orion who shared with her the passion for hunting, but Apollo, the twin brother of Artemis, wanted to put an end to that bond with the deception: seeing from afar on the sea a very small point that was none other than the head of Orion, challenged Artemis to a shooting competition. Artemis, infallible with his arrow, won the race by involuntarily killing her beloved.

According to what was reported by Diodorus Siculus (lib.IV.85), the myth of Orion was widespread on the Strait of Messina; our hero built the port for Zancle, king of the city that had his name (today's Messina). Another of his efforts was the formation of the Peloro promontory and the raising on this, of a temple dedicated to the god of the sea Poseidon.

There is no other information on the cult of Orion in Sicily, but the detail told by Diodorus would suggest that this myth was imported from Euboea, from which the colonizers of Messina came, and that this cult was not able, later, to spread across the island.

It was different for the cult of Artemis, the female personification of hunting. In any case it must be borne in mind that, even in Greek mythology, Orion, as a mortal, was considered less worthy of attention than the immortal goddess Artemis and that the killing of Orion by Artemis could, in a certain sense, idealize precisely the suppression of the cult of Orion and the survival of that of Artemis.