Pan and Dafni. Marble, Roman copy of a Greek original by Heliodorus (III-II century BC). National Archaeological Museum of Naples

Pan is a deity from Arcadia, a mountainous region of Greece, in the center of the Peloponnese. God of shepherds and flocks, he is represented as a half man and half animal demon, bearded, with a prominent chin, two long horns, a hairy body and lower limbs similar to those of a goat.

Gifted with a particularly intense sexual activity, he was often in search of girls and boys. It is said that, when the love search was unsuccessful, he provided himself to satisfy his desires. 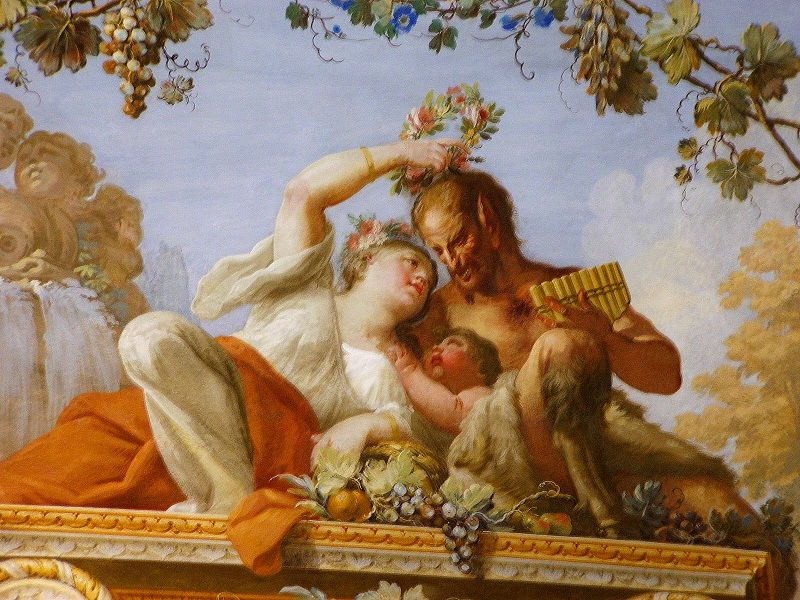 Fresco with the figure of Pan - Royal Palace of Caserta

Many mythological tales speak of Pan and his relationship with the Nymphs (including Pitis, Selene and Syringe) that he tried to possess, some of them were saved only by transforming. 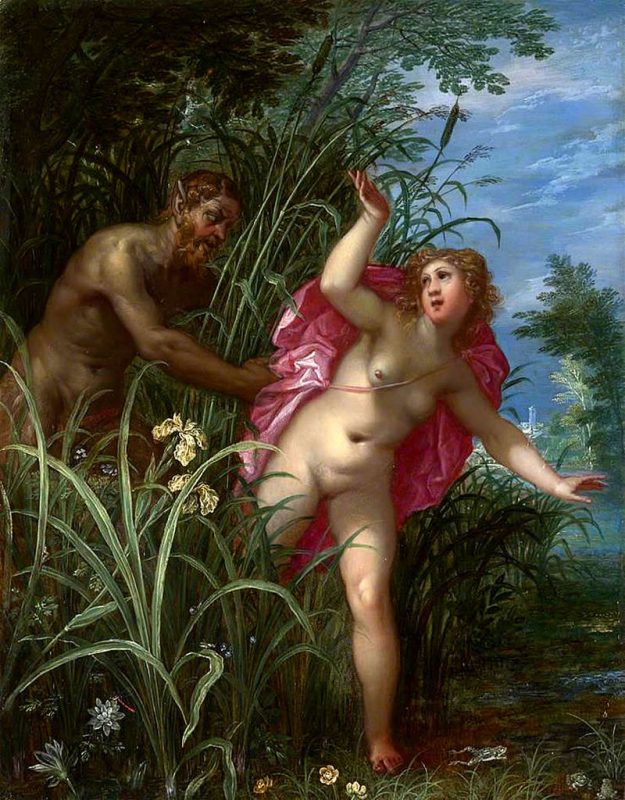 There are many versions that tell of his birth. According to one of these versions, Pan was the son of the god Hermes and when he was born, the mother must have been quite upset to see that her son was actually a small monster, half human and half animal. But Hermes wrapped the newborn in a hare skin and took him to Olympus where the gods were happy to welcome the baby. Among all, the most joyful was Dionysus, who wanted him in his procession, together with Silenus and the Satyrs and that is why his cult was often associated with that of Dionysus.

In Rome Pan is sometimes identified with the god Faun, sometimes with the god of the woods Silvano. Among its attributes are the syringe, also known as Pan's flute, and the shepherd's crook. 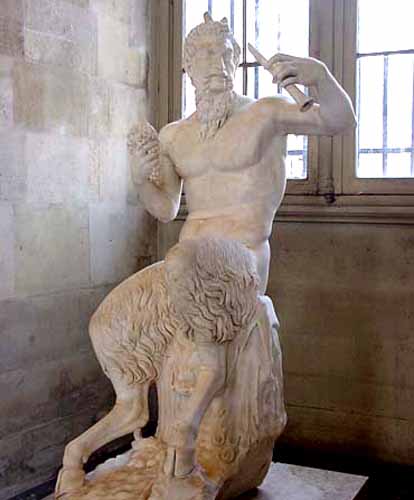 Statue of the god Pan exhibited in the Louvre in Paris

In Sicily, where the agricultural and pastoral component was predominant, the cult of Pan could not be missing, even if it did not have a wide diffusion and, in any case, it was associated with that of Dafni, to whom the god taught music.

There are not many traces that testify to the existence of this cult. Some coins with the effigy of the god Pan were found, the origin of which is unknown, however [1].

In Egesta, in the remains of the ancient theater, scenes depicting the god Pan are still visible, even if poorly preserved.

In Piazza Armerina, in the villa del Casale, on the floor of the antechamber 42 of the southern apartment, there is a scene of a fight between Eros and Pan [2], together with a Dionysian group (Silenus, Satyr and two Maenads). 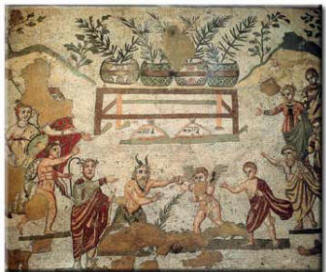 The cult must have existed perhaps also in Centuripe, as evidenced by the discovery of a terracotta statuette of the first century. BC, now preserved in the Archaeological Museum of Syracuse.

The Christian religion imported some of the physical characteristics of the god Pan, the goat feet, horns and beak lace which became the typical attributes of the devil.