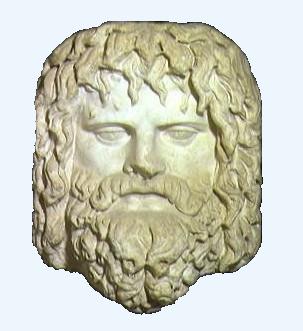 In Sicily, the cult of Serapis must have arrived together with that of Isis, as shown by the bronze coins and the inscriptions I mentioned when talking about Isis and the temple that is located under the church of S. Pancrazio in Taormina. Cicero (Verrine.I.II.160) speaks of a Serapeum in a central and popular place in Syracuse. In fact, the remains of an ancient sanctuary, with characteristics that differ from the typically Hellenic sanctuaries, have been found in Syracuse in the Acradina district (the main district of ancient Syracuse). That this sanctuary, known as "Ginnasio" because it was identified in the past with a Roman gymnasium [1], was actually a Serapeum, that is, a temple dedicated to Serapis, would be supported, as well as by ancient literary sources from the Republican era (including that of Cicero) who speak of the presence of a Serapeum in Syracuse, also from an inscription with a dedication to Serapis found not far from the sanctuary [2]. Coins from the Roman era would indicate the presence of the cult of Serapis also in Menai [3], near the current Mineo. 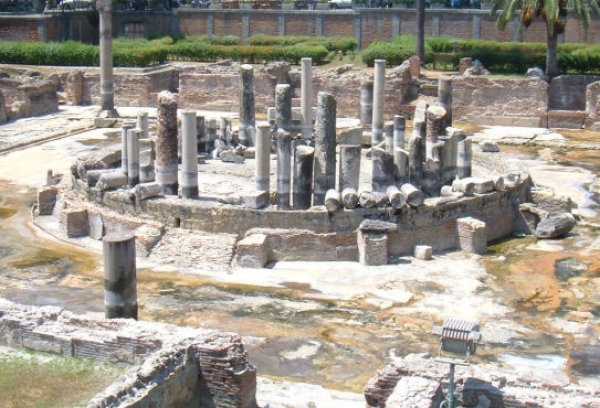 Temple of Serapis in Pozzuoli

[1] The gymnasium, considered a place of spiritual education and meeting place, was an architectural complex generally built in the middle of the green and consisting of a gymnasium and a stadium.