Cults Myths and Legends of Ancient Sicily
2.3 The Palici 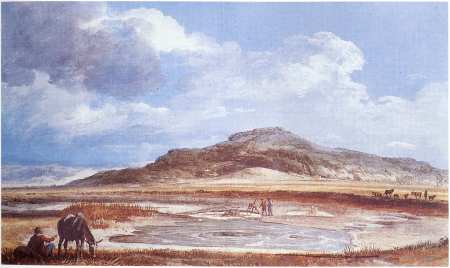 The lakes of the Palici in an eighteenth-century watercolor

Even the cult of the Palici is probably attributable to the Sicilian period. They were two twins who can be considered as the personification of two sulphurous-thermal springs whose site is that of the small lake of Naftia, near Palagonia (locality in the province of Catania). These phenomena have now ceased, but were extensively described by historians, Diodorus Siculus (lib. XI.89), Tommaso Fazello [1] and Adolfo Holm [2]

It is probable that, before the myth was born from the fertile Greek imagination, the simplest genealogy considers the Palici, sons of the Sicilian god Adrano and of the nymph Etna. The attempt by Greek and Roman writers to find links and kinship with national divinities meant that first, the authorship was attributed to Hephaestus, the god of the Volcanoes, then, in a subsequent reworking, to Zeus (the Jupiter Roman). The latter, cheating on his wife Hera, had an affair with the nymph Talia. The nymph, who became pregnant and knowing what the vengeful Hera would be capable of, decided to ask for help from Zeus who hid her underground, where, when the time of delivery arrived, the twins were born.

The Palici were compared to the Dioscuri (common name of Castor and Pollux, also sons of Zeus), but also to the Cabiri of Samothrace. This perhaps because some Greeks considered both the Palici and the Cabri, sons of Hephaestus [3] (the Vulcan god of the Latins), the deity who had his site inside the volcanoes; and volcanic are in fact the craters that gave rise to the cult of the Palici. The same Dioscuri have been identified with the Cabiri who were divinities of the people of the Pelasgians [4] who spread the cult on the island of Samothrace [5]. Since the Dioscuri were considered protectors of navigation, the association of the Palici with the Dioscuri meant that the former were also called "navigators" and were therefore elevated to the role of protectors of navigation. 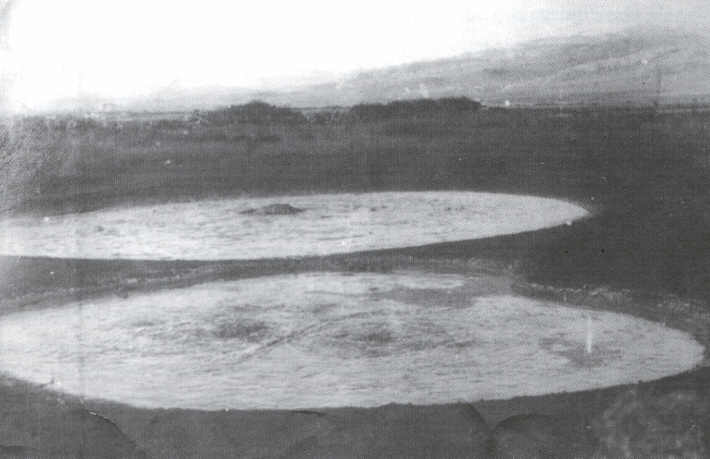 A sanctuary was soon born near the small lake of Naftia, considered one of the oldest and most venerated in Sicily where solemn oaths were taken.

According to legend, perjury was punished by the gods, with blindness, or sudden flames enveloped it and reduced it to ashes in the presence of all.

It is known that even today, in some parts of the south (and beyond), in case of perjury, the "loss of eye vision ". According to some, the rite consisted of writing the oath on a tablet which was then thrown into the lake. If the tablet floated the oath was true otherwise it was in the presence of a perjury.

It is probable that the legend hides the memory of ancient human sacrifices which, as Holm states, have mitigated over the centuries, replacing blindness with killing [6].

The water of the "lacus ebullientes " and the fact that the Palici are considered underground divinities, have contributed to the affirmation, as happens for the cave of Lillibeo (Marsala), of the belief that the sanctuary was the seat of an oracle. It is said that, on the occasion of a famine, the oracle of the Palici suggested to the Sicilians to make sacrifices in honor of a Sicilian hero (Pediocrates). After the famine, the Sicilians "they collected all kinds of fodder on the altar of the Palici "[7]. Virgil also speaks of an altar of the Palici, rich in gifts, located in a wood on the banks of the Simeto (Aeneid Lib. IX, 845 et seq.). [4] With this name the ancients indicated the pre-Indo-European populations who inhabited Greece before the Hellenes and which would have spread throughout Greece, Asia Minor and probably also southern Italy.

[5] Greek island of the Aegean off the coast of Thrace and opposite the mouth of the Ebro. Thrace is the region comprising the southeastern tip of the Balkan Peninsula.

[7] Ciaceri Emanuele: Cults and Myths of Ancient Sicily p.32 (quoting Macrobius V.19,22 and 19,30) This last detail connects the cult of the Palici with that of a Sicilian hero.