Law 394/91 defines the classification of protected natural areas and establishes theOfficial list of protected areas, in which all the areas that meet the criteria established, at the time, by the National Committee for Protected Areas are registered.

Currently the system of protected natural areas is classified as follows.

Pursuant to Law 394/1991, art. 2, paragraph 1, the National Parks "consist of terrestrial, marine, river or lake areas that contain one or more ecosystems intact or even partially altered by anthropic interventions, one or more physical, geological, geomorphological, biological formations, of national or international interest for naturalistic, scientific values, cultural, aesthetic, educational and recreational such as to justify the intervention of the State for their conservation".

The national park has a management of a large, varied territory, with a significant human presence, it is established and depends on the Ministry of the Environment, integrates and completes the safeguarding operated by the regional parks, and vice versa, dealing with rather vast territories (at least for the Italian reality) and involving several dozen municipalities.

Pursuant to Law 394/1991, art. 2, paragraph 2, the Regional Parks "They consist of terrestrial, fluvial, lake areas and possibly stretches of sea facing the coast, of environmental and naturalistic value, which constitute, within one or more adjacent regions, a homogeneous system, identified by the naturalistic structures of the places, by the landscape and artistic values ​​and cultural traditions of local populations".

The regional natural parks, in addition to significantly increasing the overall surface of the protected national territory, have given rise to a season of debate and conceptual innovation on the themes of the shape, role and management of protected areas. In particular, the regional protected areas, on the basis of similar experiences conducted in other European countries, have been able to adapt the primitive North American park model to the complex reality of the anthropized Italian world. The novelty brought by these parks was that of having tried to combine the conservation of natural resources with the social use of the same and with the search for compatible development for the settled populations.

Pursuant to Law 394/1991, art. 2, paragraph 3, the Natural Reserves "They consist of terrestrial, river, lake or marine areas that contain one or more naturalistically relevant species of fauna and flora, or that present one or more ecosystems important for biological diversity or for the conservation of genetic resources".

The Natural Reserves of the State are divided into various types according to the protectionist priorities accorded to them.

in Oriented Natural Reserves (Article 12, paragraph 2, letter b) the management policy is aimed at a controlled use and proportionate to the environmental characteristics of the territories.

Usually the wetlands defined in 1971 by art. 1 of the International Convention of Ramsar (Iran), even if our legal system does not classify them. In Italy, however, in most cases the wetlands, recognized by the Ramsar Convention, are characterized as nature reserves. The aforementioned Convention attributes to wetlands the value of a great ecological-naturalistic, economic, cultural, scientific, physical-hydraulic and recreational resource.

Marine protected areas (whose establishment is regulated by Law 979/1982 "for the defense of the sea" and by Law 394/1991 (Framework Law), are made up of marine environments, given by the waters, the seabed and the stretches of coast overlooking, which are of significant interest for the natural, geomorphological, physical and biochemical characteristics with particular regard to the marine and coastal flora and fauna and for the scientific, ecological, cultural, educational and economic importance they cover. Each area is divided into three typologies of zones with different degrees of protection The typology of these areas varies according to the protection constraints, but in principle they consist of stretches of sea, coastal or otherwise, in which human activities are partially or totally limited.

In order to establish a marine protected area, a stretch of sea must first of all be identified by law as " Marine retrieval area".

Once the preliminary investigation of the marine retrieval area has started, this is considered as "Marine protected area soon to be established ".

(Data from the Ministry of the Environment)

A useful insight into these last marine protected areas

The 1978 Barcelona Convention, ratified by law no. 21, relating to the protection of the Mediterranean Sea from pollution, in 1979 expanded its geographical scope by becoming the "Convention for the protection of the marine environment and the coastal region of the Mediterranean", whose basin, due to the richness of species, populations and landscapes, represents one of the richest sites in biodiversity in the world.

To obtain and then maintain this prestigious and important status, it is necessary to constantly promote study initiatives that make it possible to monitor the state of health of the seabed annually, in particular to verify the maintenance of a high degree of biodiversity. This evaluation is obtained through the compilation of faunal and floristic lists by classes and groups of species, whose preparation must be entrusted to systematic specialists for the sampling, collection and classification of data.

Particularly interesting are the institutes and areas intended for the protection of wildlife provided for by Law 157/1992 and whose overall extension must be between 20% and 30% of the provincial agro-forestry-pastoral area (UAA). More specifically, these areas consist of:

Protection oasis (Article 10, paragraph 8, letter a) intended for the shelter, reproduction and stopping of wildlife;

Restocking and Capture Areas (ZRC, art.10, paragraph 8, letter b), intended for the reproduction of wild fauna in the natural state and for the capture of the same for the release on the territory in times and conditions useful for the adaptation up to the reconstitution and stabilization of the density optimal fauna for the area;

Public Centers for Reproduction of Wild Fauna in the natural state (Article 10, paragraph 8, letter c), for the purpose of reconstituting indigenous populations.

2. Classification of Protected Natural Areas based on the Natura 2000 Network

The Sic were established with the European Directive n. 92/43 EEC (Habitat Directive). According to the criteria established by Annex III of the "Habitats" Directive, each Member State draws up a list of sites hosting natural and semi-natural habitats and wild animal and plant species, based on these lists and in agreement with the Member States, Commission adopts a list of Sites of Community Importance (SIC). I Italy the areas affected by the Habitats Directive are called "Natura 2000 network". The Natura 2000 Network, pursuant to the “Habitat” Directive (Article 3), is made up of 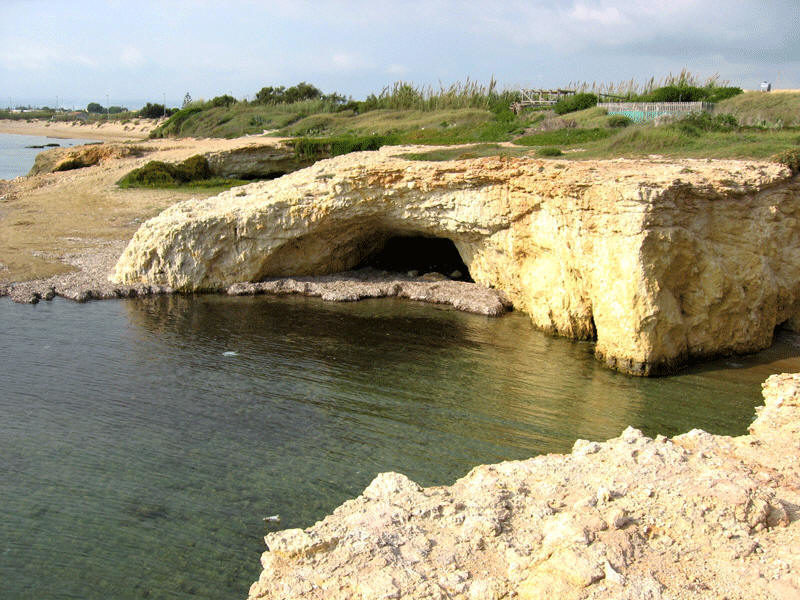 Geosites of Sicily, Sicilian Parks on the Net, Unesco Global Geoparks, Sites of Community Interest and other sites of naturalistic interest in Sicily