Objective: Contribute to the enhancement and promotion of the Sicilian and Maltese Cultural Heritage in all its forms from the tangible one (historical-artistic cultural heritage, landscape and natural heritage) to the intangible one (tradition, folklore, art, food and wine, typical crafts)

The main tools of the project are the creation of this web platform “La Sicilia in Rete” and the Heritage Archive.

Why the Sicily Heritage Project was born

“In great things even having wanted is enough” Sesto Properzio

Sicily is our land, full of sun and sea, of migrants and broken dreams. This land often offended, raped, repudiated, owes its historical and artistic cultural heritage to the contact, not always harmonious, with many peoples: Sicans, Siculi, Greeks, Romans, Byzantines, Arabs, Normans, Swabians, French and Spanish. The result is there for all to see: the countless necropolis scattered throughout the Sicilian territory, the grandiose temples of Agrigento, Segesta and Selinunte, the splendid mosaics of the Roman Villa del Casale in Piazza Armerina, the superb Duomes of Palermo, Cefalù and Monreale , the Sicilian Baroque and much more, testifying to a past to be proud of, rich in faith and love for beautiful things.

Everyone knows that Sicily has an immense Cultural Heritage, especially if seen in all its forms from the tangible one (historical-artistic, landscape and natural cultural heritage) to the intangible one (tradition, folklore, art, food and wine, typical craftsmanship ).

Without speaking of percentages, linked more to clichés than to anything else, there is no doubt that Sicily is the region with a very high presence of cultural heritage; of the 55 Italian World Heritage Sites, 7 are in Sicily, and in the next few years they could increase, if we consider that other sites are present in the list of candidate sites (Tentative list) for inclusion in the World Heritage list of Humanity.

Sicily also contains a very rich Intangible Heritage, this is evident not only from the presence of 3 Unesco sites of intangible type ("Opera dei Pupi", "The sapling vine of Pantelleria", and, together with other regions and nations, "La Mediterranean Diet ") but by the presence of about 200 assets in the Register of Intangible Heritage of Sicily (REIS) and about 700 places included in the Register" The Places of Identity and Memory (LIM). This data is expected to grow significantly with the next few entries.

We also consider that even our Enogastronomic Heritage must be included within the Cultural Heritage, we must in fact take into account over 300 products including recipes and agri-food products (PDO, PGI, TSG and PAT).

There are many aspects involved for a correct promotion of the territory (protection, information, infrastructures, safety, usability, etc.), the concept of the tourism supply chain should also be significantly applied: the tourist should enjoy our historical-artistic and naturalistic assets and at the same time enjoy our traditional products, learn about our folklore, our history, our myths. To enhance our territory it would also be useful for some actors, in particular those who manage public affairs, to learn to look beyond their nose, waiting for this to happen, each of us could still do something. Paraphrasing John F. Kennedy we could say: Let's not ask ourselves what the State can do for Sicily, but what we can do for Sicily. If each of us put in a little of his own, if we partially stripped ourselves of our excessive individualism and joined our forces, we would discover that we can do a lot for Sicily. For example, we can think of activating initiatives that favor tourism in our territory, initiatives that, if well conducted, can contribute, not only to the economic awakening of Sicily (through the increase of cultural tourism and as a multiplying factor of the other economies of the territory) but that will allow us to live our Sicilianity with greater harmony and pride, and perhaps discover that we can enrich ourselves, at least inside.

I have lived for about 30 years of my life outside Sicily and I have often heard unflattering judgments about Sicily and the Sicilians, I have suffered a lot for this, so for years I have felt a strong need to tell about my Sicily. If this project is successful, and if others like it come, there will be less and less space for those who see our land through monotonous stereotypes.

On these premises, the Sicily Heritage Project was born, carried out for many years by the Helios Study Center in collaboration with the Cultural Heritage Sicily Association, to which the Italian Association of Tourism Professionals and Cultural Operators (AIPTOC) was added starting from 2019.

I strongly believe in this project to the point of putting myself on the line, it is not the first time that I do this for the things I believe in, as evidence of this I have decided to integrate the attached project with some notes of reflections in which I make public my curriculum is the standard one and the "non-standard" one out of the usual schemes and formalisms but as real as my love for my land is real. 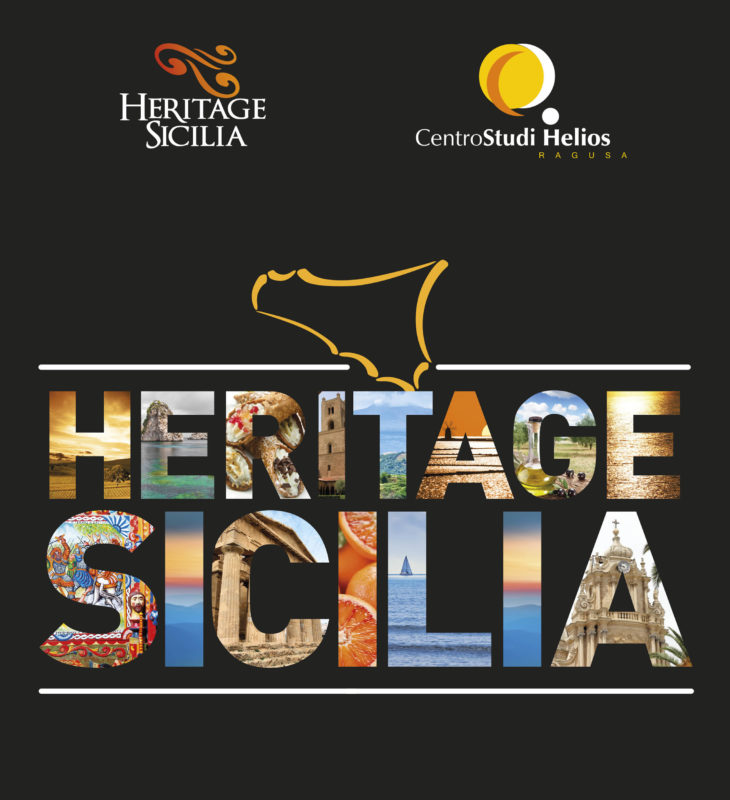